On the anniversary of D day 75 years later I reflect on my Military experience and how much D day influenced me and my family. I am thankful our service members faced hardship with strength and resolve to win.

The 82nd Airborne Infantry was my first Assignment in the Army. There I received a first class education on WW2 as the 82nd Airborne conducted combat jumps and played a key role in the invasion on 6 June 1944.

Reminders of the 82nd Airborne’s involvement in WW2 are everywhere around the division area on FT. Bragg, NC. From the names of our streets (like Ardennes, Bastogne and Anzio), Airborne monuments, our Airborne museum even our main drop zone is named “Sicily Drop Zone” (that I was MEDEVAC’d from twice) to remind us of our lineage as paratroopers.

Our 504th Parachute Infantry Regiment motto was “Strike Hold”. It came from WW2 in reference to striking the enemy fast, holding our positions and never giving up one inch of ground.

I was lucky enough during my time in division to spend time around WW2 Veterans during the 82nd Airborne’s annual “All American week” and hear their experiences. Eventually I was stationed in Germany, learned how to speak German, met holocaust survivors and went to Normandie to see it with my own eyes.

After all this time we need to always remember the sacrifices of the greatest generation and how our freedom is the most expensive thing we have even if we aren’t the ones who paid for it. 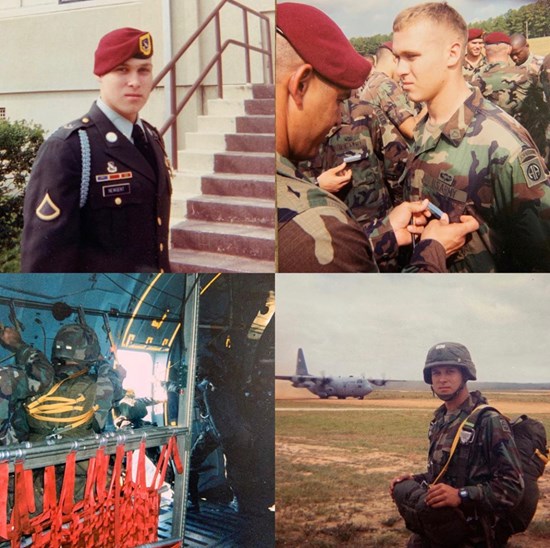