While I was in Sacramento recently, I had the chance to visit my childhood hero Mike Sanders. Mike was a volunteer from the Big Brothers/Big Sisters program. He started helping my family when I was about 5 and has been there to help us ever since. I have many good memories of Mike, including his buying me clothes and playing monopoly with us as late as we wanted on the weekends as we didn't have a dad. Also, Mike helped me get a job as a teenager, and he helped me study for drama class in high school. Mike was there for many acts of kindness, including when my 25 year old brother died. Mike also kept a promise he made to me years before and gave me $100 for graduating high school. Mike gave me that $100, and he was there up until the day I went into the Army two weeks after my high school graduation. All this for a family that wasn’t his... Recently, I learned Mike adopted three children, who he raised and are now all grown up. I can't wait to see my hero again!

Mike isn't a rich person and he isn't some movie star or celebrity. He is a janitor and an everyday person just like you and I. Like everyone in his life, I am privileged to know him and he is my hero yet again. He is advising me on my campaign by sharing his knowledge he learned from spending over 20 years working with school boards.

The world needs more guys like Mike Sanders. If you ever see him around Sacramento thank him. 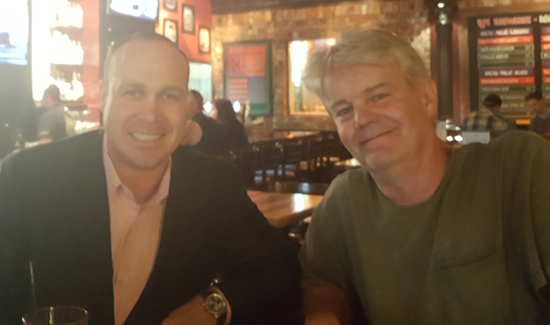